It was my privilege to serve as a porch docent (and shepherd) during the recent West Adams Heritage Association Holiday Tour. I was stationed at 1656 W. 25th Street, an early work (1905) of accomplished architect S. Tilden Norton, about whom I generated part of the following spiel:

(possibly to distinguish himself from former New York governor Samuel Tilden and Olympic wrestler Samuel Norton Gerson), was born in Los Angeles on January 21, 1877, the son of Isaac and Bertha Norton. Isaac Norton, advantageously, was the founder of a building and loan firm. Bertha Norton-Greenbaum is thought to be the first Jewish child born in L.A., in 1851. A graduate of Los Angeles High School in 1895, S. Tilden Norton began his professional training at 18, apprenticing in New York City, and for local architect Edward Neissen.

In 1902, Mr. Norton founded his own architectural practice, later teaming on some of his biggest assignments with partner Frederick H. Wallis (or F.H. Wallis).

S. Tilden Norton was a prominent Jewish citizen, serving as president of the Board of Trustees of Congregation B'Nai B'Rith, the first president of the Jewish Men's Professional Club of Los Angeles, director of the Federation of Jewish Welfare Organizations, president of the Jewish Consumptive Relief, and the Nathan Straus Palestine Society. Subsequently, many of his most prominent works were ecclesiastical : the B'Nai B'rith Lodge (9th & Union, 1923), the Jewish Orphans Home of Southern

California (1924), Sinai Temple (407 S. New Hampshire, 1924), Young Men's Hebrew Association (Soto St. and Michigan Ave, 1925), Israel Temple (Franklin and Argyle, 1927), and a clubhouse for the Council of Jewish Women (1928). He was also one of three architects attributed with the iconic Wilshire Boulevard Temple, completed in 1929 at Hobart & Wilshire, and for whom he served as president in the 1950's. 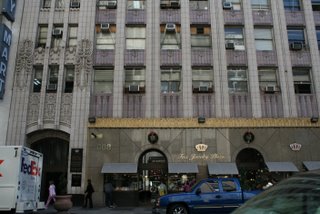 S. Tilden Norton and his family lived for many years in Fremont Place where he was known to design at least one home. He died in 1959 at 82 years of age.

Loved reading this and enjoyed my moniker of "henchman." I've become obsessed with Norton's mother and the claim that she was the first Jewish child born in L.A. She was definitely the first Los Angeles-born baby born to Polish immigrants Ephraim and Esther Greenbaum. Interestingly, in the 1860 census, when Bertha was only 5, the Greenbaums were living in a house (on Main between 1st and 2nd) with a Norton family, but I'm not sure if they were related to her future husband. She died on January 24, 1949 having lived the last 25 years of her life at the beautiful Gaylord on Wilshire. There was no mention in her obituary of her being the first Jewish baby born here but it did call her one of L.A.'s oldest native citizens so maybe it IS true.

I started an article on this architect and his firm on Wikipedia an linked to this post. Cheers.