While many of these broken down hulks have worth as scrap or parts, for most owners the value is sentimental.

Children play in the cars, imagining long trips, or flights of speed. They take turns being the driver. Some make noises as they pretend to shift.

It's more common to find multiple cars, a herd, than a single steed. One backyard collector, claimed to have mothballed every car he'd ever owned.

The temptation to saunter through the vast network of alleys in South Los Angeles is sometimes great. Many alleys though are gated, some shuttered permanently, repatriated by property owners (like in the West Adams Avenues), others returned almost entirely to nature, kitty corridors, unpaved (as in Vermont Square), with rampaging bamboo and vine.

Typically my longing to venture off street scares the bejesus out of frequent stroll mate Josh Berman, but it also allows a glimpse into yards where old and not so old cars, squeezed into the smallest of rinconcitos, languish, tires deflated, wheel wells filled with cobwebs and high growth.

are piled atop the bonnet and roof, 2 X 4's, an hibachi, sporting goods.

Others are keepsakes, reminders of youth, or aged fathers, or a time before persistent economic pressure, a last linkage, not easily abandoned.

Some owners talk about restoration, about selling for scrap or on

It might be written this is a admirably (there's nothing peculiar about it) L.A. phenomenon. Without the ravages of harsh winter weather, these vehicles may survive long enough to be refurbished. 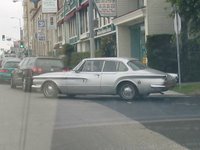 Driving around, I snap photos of most anything, signage, buildings, cars.

Particularly the cars my friends and I drove around in as teenagers in Oakland. None of my friends owned a new car, usually inheriting the family jalopy, hand-me-downs of a big brother or great uncle, oftentimes shared with another sibling, or a stay-at-home parent. For a time, I owned a 60's Volvo that had served as the high school auto shop project. 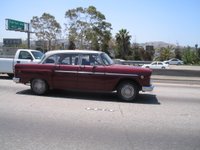 The plan, I think, was to meet girls, though I can't remember ever doing so. Usually we stopped for food, Mexican, or making our way to the Berkeley UC campus, pizza by the slice. There were all-night rib joints as well to frequent, on San Pablo Boulevard, where pimps and pro's would gather. We'd sit atop the hood or trunk, trying to look tough and yet at ease, as we sucked on fingers and bone. Grateful in the same way a nebbishy striver regards an invitation from the social elite. It never occurred to me that these were the sorts of places and the sorts of hours where and when people got shot. It seemed more likely that we'd just get beat-up. 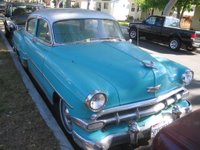 I don't know whether teenagers still cruise today, and in some places there are ordinances to limit repeat drive-bys. The last time I went to Old Town Alhambra (and Fosselman's), the lowriders were out, probably preparing to traffic the ceaseless thoroughfares of the San Gabriel Valley. Of course, Los Angeles has a long history of street racing.

But crusing...seems like you'd need a Prius and a hefty allowance to afford that sort of thing now. 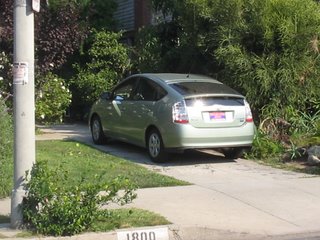 In Dave Zanhiser's now-disparaged LA Weekly article (one of my readers complained, "He sounds like a bitter renter"), Dave scribed about the faces of gentrification, including ornamental grasses and gelaterias.

Sure Xeroscaping can be a tip-off, signs of a more educated, eco-conscious owner.
While Gelaterias can be a sign of....I dunno, Italians?

Walking Rocky the dog up Hobart Avenue, between Washington and Venice, handing out my folksy neighbor letter and boastful Oxford flyer, it struck me, the cars: 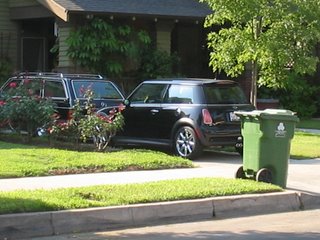 Honda Elements--two, Volvo's--including the wagon, Honda sub-compacts, a Mini, and a Prius! "Wow," I sounded, clarion-voiced and startling Rocky, "there's probably theme parties, communal vegetable gardens, and reading salons on this block". I continued along, mostly pulled by the dog, lacking initiative, tippling the sophisticated fusion of preservation and anti-status status.

My Favorite Street(s) to Drive continued.... 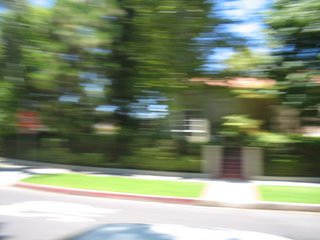 
Swell median, swell trees, but at about 21st St. the road tilts toward the earth's end and the descent--with houses succeeding one another like booths at an endless salespersons convention, past the gardens of fantastical Mexican haciendas, masses of mesembryanthemums and coral trees, and runners in hydrangea-blue strapless jogging outfits, obscured by intervening gulfs of shadow--threatens to launch my beater pick-up, Knievel-like, into the Pacific, presumably to the delight of the Montana Avenue elite and ex girl-friends.

You think they could install a run-away truck lane? 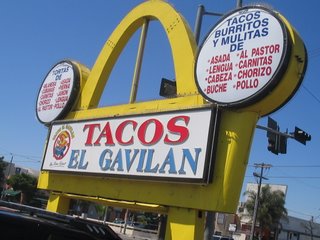 First you got Tacos Gavilan. That's just fun reuse (pssst mulitas are on the menu). 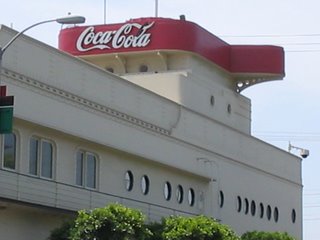 Then the "nautical deco" of the Coca Cola bottling plant, designed in 1937 by Robert V. Derrah. The streamline steamliner!

(Derrah is also credited with the Crossroads of the World shopping village on Sunset Boulevard wherein a ship topped by a lighted, turning ball, serves as the centerpiece.)


Across the street is the eclectic African-American firefighers museum. 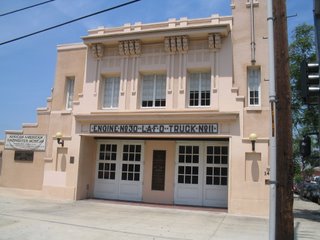 Further north is the great wall of produce, the gigantic Seventh Street Market. 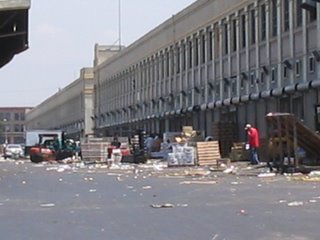 Aaahhh that's more like it, no Regency-style bee hives, no trips to Aamco, mangoes.

My Least Favorite Street to Drive in L.A.

Gone. Well not really, only it's been engulfed by this monster retail development called the Grove. And I hate it. I hate non street oriented retail, and the studio high walls along Third Avenue make me seethe.

Driving? Don't. Who did the traffic studies? Walking? Don't. You'll be asphyxiated by idling exhaust.

I have fantasies of skipping over lanes, in a boosted Navigator (maybe two wrongs can make a right), slamming into the fortress-like facade, invoking a rain of plaster dust and high end gift bags.

No one gets hurt, fundamentalists get blamed.

My Favorite Street to Drive in L.A. 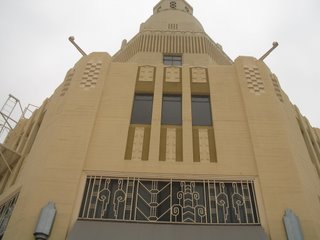 Yeah, I like driving San Vicente between LaBrea and LaCienega, and not just because it leads into South Carthay. I enjoy the almost teleportational pace, the wide median, and the sprinkling of corner stores.

Silver Lake Boulevard is a favorite for some, the Lautner-lined reservoir, with cyclists, joggers and walkers filling out the park-like scene. It's too brief for me.

The canyon passes don't make my list, there's too much driving to be done, too little good architecture, and the single lane is a lollygag limiter.

The gumball rally pace of PCH North towards the Palisades and Malibu is a turn off. The Palos Verdes/Portuguese Bend pass-through is pleasant, but in part because San Pedro and Long Beach lie beyond.

Sunset Boulvard West out of downtown is a treat. Brick store fronts, grimy billboards, and splashes of color, interspersed between towering embankments of green. An uncertain course of rolling hills through pockets of density with distinct services. 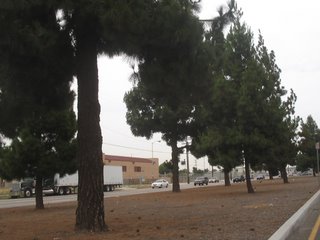 Sure part of it's getting there, fighting through close quarters in Vermont Square, through the Slauson hub-bub, into the eight-lane clear. An enormous median (a former rail right-of-way) is planted with (mostly) husky pine trees. Slip roads (short roads to separate through-traffic from commercial cruisers) are employed as well, creating a wonderful auto intensive commercial corridor. 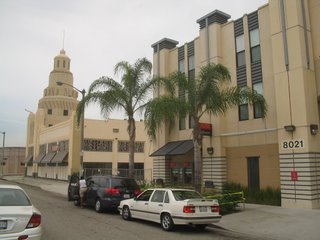 Run down to Imperial Highway, stop off at Jim Dandy chicken (get the five piece special), pull off into the well-kept Magnolia Square neighborhood, or Athens on the Hill, mostly check out the Streamline moderne architecture. Probably the greatest landmark is the former Hattem's Shopping Center at 8021 - 8035 (1931, Walter Hagedohm architect). There's some likeable infill next door of the neo deco variety. At 87th, the Nation of Islam regional headquarters are in a towering cinema with beaux arts detailing. 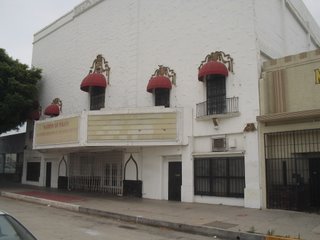 The only thing better than driving South bound, is driving North bound.